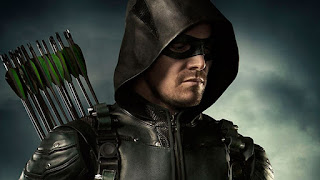 When presumed-dead billionaire playboy Oliver Queen returns home to Starling City after five years stranded on a remote island in the Pacific, he hides the ways the experience has changed him. As he reconnects with those closest to him, including his sister, Thea, Oliver appears to be the same wealthy, carefree bachelor they've always known. At night, flanked by his devoted friend, Diggle, Oliver uses his secret persona -- that of a vigilante -- to right societal wrongs and transform the city to its former glory.

Email ThisBlogThis!Share to TwitterShare to FacebookShare to Pinterest
Labels: Films & TV Shows
Newer Post Older Post Home
If there is any problem, broken links, or any concerns, you can contact me using the details below.
Contact no. : 09087718427
Email: nitoriurogue@gmail.com
Thank you for visiting Pinoy Blog Basics!